I’m on a MISSION to inspire one MILLION people to take the RISK they’ve always DREAMED of.

When we were little, we would always take risks and dream big, we’d do what brought us so much joy, but somewhere along the way we lost that part of ourselves. But it’s never lost. It’s STILL in us. 🙂 So I’ve gathered big dreamers and massive risktakers to share their stories of mountain top moments and also the moments of pain and failure, to encourage us to remember how amazing we are and that it’s never too late to achieve these big dreams in our hearts. Stories make us childlike. Stories remind us of who we are.

I hope this podcast inspires and encourages you to realise how brave and uniquely special you are, and that YOU have something beautiful to bring this world. Here’s to you and all the brave and courageous souls! I’m counting these risks so tag #1millionrisks and email me your risk HERE so I can add it to our official Risk List.

So much love to you 🙂 Nat xx

I was thrilled to chat with Carla! This risktaking QUEEN is an international photographer, author and creative coach.

Carla’s stunning work has been featured in Harper’s Bazaar, Marie Claire, Gourmet Traveller and and she’s published 8 books with Penguin. Carla is passionate about empowering women and encourages thousands through her brilliant creative mentoring course, YES YES YES.
In this episode we have a beautiful conversation about:

– The risk she took, packing up her life at 35 and moved to Italy,
– Why she’s not afraid of failure and how fear can help us move forward,
– The magical thing that happened after her publisher asked her to do something wild,
– That living our truest most beautiful and joyfilled life is simpler than we think,
– And we go behind the scenes of some of her most beautiful book collaborations.

I know you will love her. Here’s to the Risktakers!

I hope you enjoy!

In 2008, uni students Daniel Flynn, Justine Flynn and Jarrod Burns saw a need, took a crazy risk and launched a Social Enterprise called Thankyou Water. Created to close the gap between the 736 million people living in extreme poverty around the world AND the $63 trillion spent on consumer products each year. 12 years on, they’ve mobilised a movement of MILLIONS of people who’ve each taken small steps to create BIG change.
AND…… they’ve just taken their most astronomical RISK yet in a campaign to end world poverty like we’ve never seen: It’s called No Small Plan, and it’s BIG.
In this episode Daniel shares:
Here’s to the Risktakers.
I hope you enjoy!
Much love, Nat xo

This is a really special episode, recorded just at the end of 2020. No parent ever expects to lose a child. This is the exceptional story of Liz Dawes. Incredibly brave, courageous and positive, Liz lost her 18 year old son Connor to paediatric brain cancer in 2013. In this episode, Liz shares about the beauty of her son’s life and Connor’s Run, the remarkable legacy she has created for Connor. Eight years on, she has grown Connor’s Run and The RCD Foundation to be the biggest paediatric brain cancer foundation in Australia and Connor’s life is powerfully encouraging and impacting families all across the globe. Her TED Talk has inspired many.

Towards the end of our chat we share a beautiful moment as Liz talks about living with grief and the paradox of hope and pain. I’m so thankful for this powerful conversation, it gives us a beautiful perspective on the precious gift of life.

A little bit about Connor //

In September 2011, 17-year-old Connor ran from his home in Sandringham to the boat sheds on the Yarra. He’d started his training for the upcoming rowing season early, as he wanted to make the Brighton Grammar 1st VIII. Not loving running, he did the 18.8 km because he was determined to be the best he could be. Two months later, Connor was diagnosed with an anaplastic ependymoma. Despite major surgery, massive physical and mental rehabilitation, intense radiation later chemotherapy — Connor never stopped smiling.

Liz started Connor’s Run as a tribute to Connor’s life and over the past 8 years, Connor’s Run has evolved into Australia’s biggest event for paediatric brain cancer with thousands of young runners now participating in the event.

Liz was named in Australian Financial Review’s 100 Women of Influence 2018 and was nominated for Australian of the Year Award 2017.

In this episode Liz shares:

• Tales of her brave and cheeky son Connor, whom she lost to childhood brain cancer,

• How she and her family coped with tragedy and what life is like for her now,

• How tragedy and pain can actually lead to something beautiful,

• That blessings that can happen amidst tragedy,

• The risk she took to bravely create the most beautiful legacy for Connor’s (that has turned into the largest event for brain cancer awareness in the WORLD),

• How despite being in a global pandemic, over 4,000 people rallied together and raised 1.3 million dollars,

• How Connor’s life is now encouraging and impacting families all across the globe,

• How she has found hope and connections with other families facing similar journeys,

• How she navigates grief and continues to take risks and dream big.

Here’s to the Risktakers.

I hope you are inspired by Liz’s story. 🙂

Connect with Liz via:

I was so excited to record this podcast while Noah was on location at Walt Disney World in Florida where he’s been commissioned by Disney and has a very special art exhibition! Noah Elias is an artist, author, creative coach and entrepreneur. Based in Orange County, California, Noah is a risktaker from way back, he bravely started selling his art door-to-door on a bike at sixteen years old and now he’s an artist for Disney, Universal Pictures, Lucasfilm, to name a few. He designed Suki’s vehicle in ‘2 Fast 2 Furious’ and he’s passionate about leveraging the power of our unique story to change the world.
Noah founded his own university, Noah University, as well as an annual workshop called ‘Reimagine’ in California, to help creative entrepreneurs see BEYOND the limits of possibility and build their own brand and business. We met in 2015 and he’s been a great mentor in my life since then.
He’s recently created one of the most unique portraits of Walt Disney that has ever been created, ‘Storytellers’ which has just been released. His greatest joy is encouraging and helping others build a life of impact and discover why they are on this planet, which is why we get along so well. 🙂
In this podcast Noah shares:
Here’s to the Risktakers!
I hope you are inspired by Noah’s story. 🙂
Much love, Nat xo
Connect with Noah via:
Noah Fine Art: noahfineart.com
Learn more about Noah’s projects here
Noah’s WHY
Noah’s Books: Fearhunters // 31 Disciplines of Highly Creative People
Noah University: noahuniversity.com
Instagram: @noah.j.elias + @noahfineart
Twitter: @noahfineart

I have been following Jess’ journey for six years so it was just fabulous to have this conversation and celebrate her inspiring story. A PR and marketing queen with a background in fashion publicity and marketing education, in 2015, with a passion for people and building connections Jess Ruhfus bit the bullet, took a risk and launched her own company, Collabosaurus.
Collabosaurus is a match-making platform for brands and businesses, designed to make collaboration easier. She’s got a brilliant business mind and we chat all about the highs and lows she’s experienced over the last six years, and how this gorgeous baby of hers has now attracted over 7500+ brands including Porsche, ASOS, Pinterest, The Iconic, Olay, Topshop & one of the largest global retailers in the U.S. AMAZING!
Jess won the 2019 B&T ‘30 Under 30’ award in Entrepreneurship, which is a massive achievement, she’s spoken for Apple, Vogue, General Assembly, ADMA & The College of Event Management and she’s the host of the Stop Collaborate and Listen Podcast.
You’re going to love her. In this podcast she shares,
Here’s to the Risktakers!
I hope you are inspired by Jess’ story. 🙂
Much love, Nat xo
Connect with Jess / Collabosuarus via:
Instagram: @collabosaurus
Visit Collabosaurus website HERE
Listen to The Stop Collaborate and Listen Podcast HERE 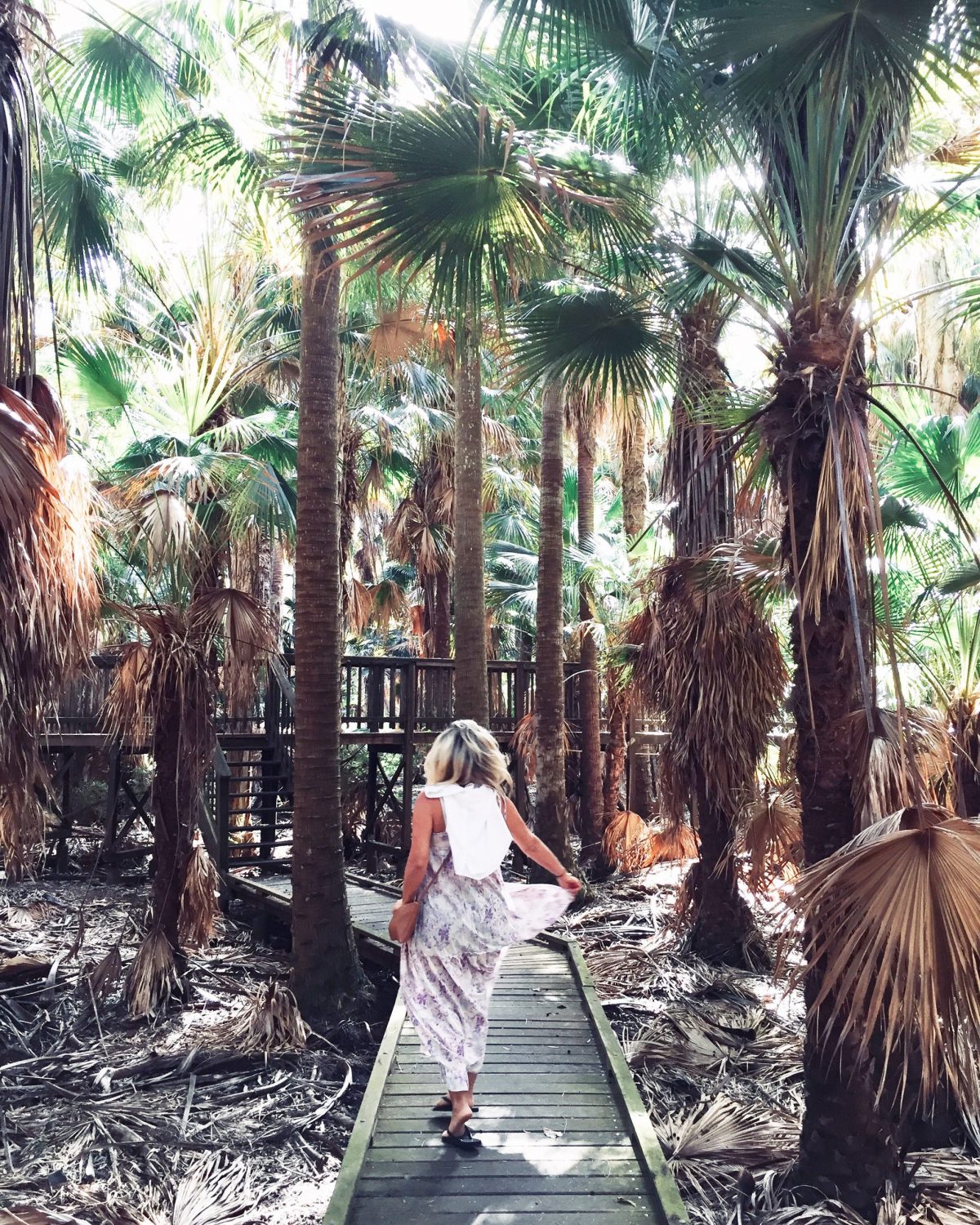